Browns scrimmage: 5 observations from the Orange and Brown game

COLUMBUS -- The first Orange and Brown scrimmage is in the books, and there are several important takeaways from the Browns' trip to Ohio Stadium.

A year after the Browns offense did not score a touchdown during the entire intrasquad scrimmage, McCown led his group down the field and into the end zone in only a handful of plays.

A third-down conversion was completed to tight end Gary Barnidge, who rumbled down the field for 48 yards. On the next play, McCown rolled all the way to the right sideline before flinging a dart into the arms of Brian Hartline for a 10-yard touchdown.

"Having a guy like Josh who's able to come in and really master the offense instantly has been a huge blessing," veteran left tackle Joe Thomas said.

"Overall, I'm very pleased offensively," coach Mike Pettine said. "We scored some points. This is great teaching tape. You can't replicate this in Berea. Knowing that this is on TV and in front of a great crowd, guys separate themselves."

Johnny Manziel also had an impressive evening at Ohio Stadium, showing off much more polished footwork in the pocket and assertiveness with his arm strength. Manziel did not get to work with the first-team unit as originally planned because of a depth chart full of injuries. Pettine hinted Manziel will get first-team work at some point during the preseason.

We'll have a separate article further analyzing the quarterback play.

Offensive lineman Alex Mack (leg) and cornerback Joe Haden (muscle tightness) were held out of the scrimmage for precautionary reasons. Cornerback Justin Gilbert (wrist) was shaken up on a diving play in the end zone, where he batted away what would have been a touchdown for the offense.

"Alex was good to go, he'll get plenty of work in the preseason games," Pettine said.

The Browns mostly have run punting drills during the first half of training camp, so insight into the team's kicking competition was one of the things Pettine was most looking forward to at Ohio Stadium.

Coons did not disappoint, drilling 47- and 53-yarders in the first half of the scrimmage. The shaggy-haired 23-year-old spent last training camp with the Titans before he was waived right before the regular season.

The Browns used veteran kickers Billy Cundiff and Garrett Hartley in 2014 and are hoping for a long-term solution at the position.

4)     Wide receiver Josh Lenz a consistent playmaker throughout the scrimmage

Wearing No.7 and running precise routes, Lenz unofficially had four catches in the scrimmage from three different quarterbacks. For those who have attended Browns training camp, this isn't a breaking development. Lenz is a smooth athlete with quick feet, strong hands and a penchant for playmaking. He caught a sleak, back-shoulder touchdown pass from Manziel late in the second half.

"It's every year you get some off-the-radar guy that shows up," Pettine said. "We saw something in him to bring him here and a lot of that is a credit to Ray (Farmer's) group. They can find those guys, whether it's after the draft or wherever we acquire them from, and they can come here and be productive."

"He's been a guy that came in, and you barely ever hear him speak," said safety Donte Whitner. "He's a guy that's always working, and he made a lot of big plays out there today. Last year, I think he was with the [Indianapolis Colts]. They ended up letting him go, but he's making a really, really good impression on his teammates and the coaching staff."

The 6-foot, 195-pound Lenz spent all of 2014 on the Colts' practice squad. Days like Friday are evidence Lenz is pushing full steam ahead to potentially crack the 53-man roster.

He's been a guy that came in, and you barely ever hear him speak. He's a guy that's always working, and he made a lot of big plays out there today. Last year, I think he was with the [Indianapolis Colts]. They ended up letting him go, but he's making a really, really good impression on his teammates and the coaching staff." 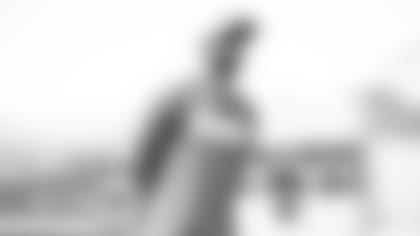 After several months of anticipation, the talented roster built by Andrew Berry is on full display for training camp

Watch Building the Browns: The Preseason Comes To An End

Episode premieres at 11:30 a.m. on News 5 and YouTube.com/Browns

Episode premieres at 11:30 a.m. on News5 and YouTube.com/Browns

#BrownsCamp Daily: Why Baker Mayfield is at a 'better weight' in 2019

Practice shifts toward preparation on final open day of camp

Browns eager for what's ahead after concluding physical training camp

5th-round linebacker made a number of INTs, big plays